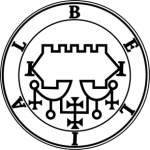 While I was working on the Duchies of Valefor, I realized that I had misread what was written between the lines regarding Belial’s upper court. I saw the absence of Dukes and nobles and said, “here is a gap that must be filled.” However, Belial is one of only two Princes that has no noble NPCs, no information on his Higher Distinctions, and no declaration that he rejects them.

Proud as I am of my initial investigation into the Duchies of Belial, giving the Prince a typical (if incendiary) court did him a great disservice.

Belial does not maintain a formal court. Most days he cannot be bothered to tell one servitor from another, he’s hardly going to set up a system that requires him to do so. Moreover, the Prince has an established track record of hunting down any servitor who accumulates too much power. He’s unlikely to willingly hand such power over voluntarily.

This is not to say that Belial has no senior court. He still has a full range of Counts, Dukes, Marquis, Jarls, Herzongs, Fuhrers, Margraves, Califs, Saltigues… In fact, most other Princes go a little crazy trying to make sense of Belial’s court because he’s not in charge of it.

The nobility of Fire is comprised of those powerful enough to bully other Barons of the Demonic Braizer into submission. Belial’s Dukes are simply those leaders foolhardy enough to say, “What’re you going to do about it? Break me? Do it and you decimate your own domain.” Sometimes this works, more often it results in a dead Duke. 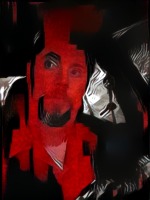 The author neglected to give the Elemental lords names last time around. Not sure what changed their mind.

I still like my list of Elemental houses, and I think it should be used as a partial list of demons who have laid claim to higher distinctions, but only a handful of those lord would be willing to name themselves Dukes. Not everyone who follows the elemental model would be willing to paint a big target on their back.

These are the elemental lords I would retain as Dukes:

Of course, if nobility in Sheol is a matter of taking it, not everyone who claims a ducal crown is going to conform nicely to the system set up by the Elemental houses. Here are some likely Dukes who weren’t part of that original list.

Samael is the Duchess of Phosphor’s greatest rival outside of Belial. Both delight in burning flesh and frequently fight for the same words and resources. Samael is perhaps the strongest Duke in the land, but Bonoham is the land. The two are closely matched in spite of Samael’s greater fame.

EDIT 12/24/17: Samael Duke of Golachab should not be confused for Sammael Servitor of Fleurity and Demon of Poison.

Tubal Cain, Habbalite Duke of Herab Serapel
[ravens of the burning of god]

Herab Serapel is a desolate and towering forge located right at the border with Stygia. Its Habbalite lord has little time for anyone or anything. Tubal Cain’s proclaimed Duchy is more of a giant “fuck you” to anyone who might try to rule over him than an assertion of dominion over others. However, because he produces sharp and deadly weapons, fire demons have been known to invent and fight for causes on his behalf.

The Duke of Topheth has found an interesting way around Belial’s pogrom against high nobles. He has dedicated a large portion of his followers to assists Ba’al in the defense of the tether at Hinnom. Considering how important Hinnom is to The War, Belial has decided (for now) to leave this upstart in relative peace. Christopher is not so forgiving – Buriol has a particular penchant for burning infants alive.

Tzoah Rotachat is one of the oldest places of torture in hell. Even when no lord claims it, demons will line this pit of molten offal remains, shoving damned mortals in and siphoning off their essence. The sheer anguish from the pit is enough to elevate almost anyone to Higher Distinction.

Canon makes clear the Demon of Wildfires is a Lilim. Her name and rank are new.

Tephras has laid claim to the burning woods where Natria, Potash, and Saltpetre are located. She is on good terms with most of the Elemental houses, though she does not belong to any of them. The mix of arms and trade goods provided by the burning forests has put the Duchess in a good position to hold off Belial’s attacks.

While many of these Dukes are physically stronger than their infernal peers, they tend to have far less political influence. Such are the consequences of perpetual conflict with their own Prince.

This is my first time making such a major revision to one of my own thought pieces. Which Duchies do you prefer? Are there any other Dukes you would have included?